A century of customer focus

We serve our customers with the best possible products and service. We therefore make a clear promise to our clients.

Santon has its own Design department for the development of switchgear. This department has competence in both electrical and mechanical systems, as well as a combination of both. The developed switch solutions are also manufactured in-house by Santon.

The development, manufacturing, and purchasing of materials takes place in the head office of Santon which is located in Rotterdam, The Netherlands or in our other operation sites in the USA and Great Britain. Our German site is related to sales and service. Globally Santon has a range of distribution partners to serve our customers worldwide.

All Santon products and services are developed and manufactured with the focus on reliability, safety and ease of installations and are produced according to the latest European and International standards

We aim high, we are the best

By being innovative and having a customer driven strategy, we will supply our customers with a superior switch solution. No matter the challenge our customers are facing, we believe that our ‘out of the box innovative culture’ is a benchmark in our market and drives us to always develop, manufacture and maintain the best product that our customers can get!

They started with building electrical water heaters. They needed electrical switches for these heaters. After undoubtedly doing a great deal of research, Mr. Sanders and Mr. Fulton concluded that the new switch had to be the concept of the rotary switch as we know it today. It appeared to be a superb choice; the packet switch design is still a superior concept to switch off DC current.

The company HoopGroenpool, an electrical contractor in Rotterdam, started a joint-venture with Santon UK in 1950. This joint-venture company was called Santon Holland and was based in Rotterdam, The Netherlands. The parent company in the UK started slow down in the 1970/1980’s due to the lack of growth.

The original parent company Santon in the UK stopped production and, in the meantime, Santon Holland took over all production in the Netherlands. A management buyout was arranged in 2004. By a strong focus on renewable energy markets especially Solar PV, Santon was able to grow to a global leader in this market starting in 2005 and continuing today. By applying the original technology in a totally newly designed X type DC switch Santon was able to be produce almost  fully automatic. Santon suppliesmillions of DC switches for this market per year.  Beside the renewable energy market the Santon Industrial division also has grown into a main supplier in the Industrial markets with main focus on the transportation segment. We serve all major car builders worldwide. Finally, our Santon Circuit Breaker Services division is today a key partner to many customers in Europe to keep their circuit breakers in top condition

In 2018 Santon was taken over by the discoverIE PLC group of companies listed on the UK stock market. Sharing the same focus on the design & manufacturing of electric & electronic components to the global OEM markets with attractive synergy opportunities for both partner’s discoverIE and Santon. The goal is to maintain – further grow Santon’s substantial presence in the supply of DC switchgear for the renewable energy market and to support Santon’s strong focus to grow the market segments in Industrial and Circuit Breaker Services. This cooperation will allow Santon under discoverIE’s further investments to keep the growth momentum in the next many years.

We aim high. We therefore make a clear promise to our markets and our clients. We do everything within our power to develop, produce, deliver and maintain superior switch solutions.

Our level of ambitions. And they are clear. We want to be the best. With a Santon switch you are guaranteed to have purchased the very best switch available and to have opted for maximum continuity and safety precautions for your installations and your employees.

Our field of expertise. We know switchgear. We have developed, produced, delivered and maintained switchgear for over 100 years now. From small standard switches to large custom built ones. If you need a switch, do not look any further. We are your partner, either because we have already developed and produced it at some point or we are excited to do so.

Our mindset. We think in solutions. We want to create solutions as an answer to safety and continuity issues by developing the right switchgear. We work closely together with our clients in order to gain knowledge about their companies and their markets. This ensures we are able to develop the best possible solution for the purpose.

A superior solution no matter the challenge 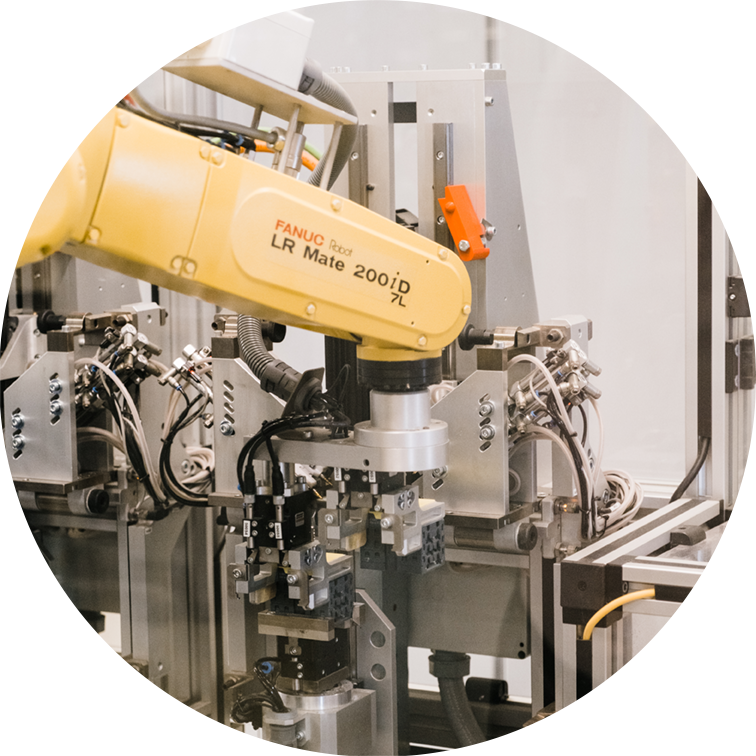 Developing, producing and delivering the best switchgear according to customer specific demands, where and when our customers need them is our core business. Quality needs to be nothing less than superior from the very first to the very last switch, whether our customers purchase 10, 10.000 or 100.000 pieces. To guarantee this level of quality, every individual switch is being checked prior to distribution. Operating in rapidly changing international competitive markets where demand changes over night, this means complete control of resources and processes is needed.

We invite our customers to visit our production facilities to meet our people and convince themselves Santon supplies the best product for their demand. Independent quality audits are performed periodically by certified organizations.